Are You Mad for It?

“THERE CAN’T be many psychotherapists who’ve been raving, let alone been a promoter. That’s what gives me the edge.” Julia Franks, self-styled “post-rave psychotherapist”, is talking about the “rave workshops” she runs for clubbers wanting to explore the deeper meanings of dance culture. After promoting a number of clubs in London during the acid house boom, but not wanting to be “raving at 30”, she embarked on a four year course in transpersonal psychotherapy. The culmination last year was a project based on an important life experience. Raving (used in the broadest sense) was Franks’ natural choice.

Her pilot workshop invited ravers of all ages to share their clubbing experiences. “A lot of them felt unable to tell their parents or employers, mainly because of the drug connection,” she explains. “People were encouraged to open up emotionally to the group and even recreate specific clubbing experiences. They turned my living room into a club. We had music on the stereo, the sofa became the stage and behind it was the chill-out area.”

Alongside the highs of raving, Franks explores the lows, both the mid-week “Wednesday blues” and the longer term depressions. In fact, her workshops are all the more timely given the emergence of evidence for “Post-Rave Syndrome” and the implications of long-term Ecstasy use. She also plans to offer workshops to those interested in the rave experience but too frightened to take the drugs (parents, teachers etc). Attendees will be given dummy Ecstasy tablets and asked to “describe their wildest fantasy of what taking an E does to you”.

Franks refutes suggestions that we shouldn’t analyse an activity often labelled “frivolous” or “hedonistic”. “Well, that’s what’s been said in the past. I’m saying that maybe there is more to it. I’m interested in people’s inner experiences. We tend to exist within our heads and are cut off from our bodies. That’s where our feelings are, our intuition and our instincts. Raves put us back in touch with all of that.”

It’s here that the dichotomy at the heart of the rave experience begins to emerge. As a result of the unique shamanistic synergy between the music, drugs and dancing, ravers often express the importance of both the individual and collective experiences: the intense inner insights and the shared sense of unity. Indeed, workshop attendees talked about their “grinning partners” at clubs.

Although keen not be be cast as a social commentator, Franks did observe that psychological problems “tended to be drug-related” but that many workshop attendees were “astounded that you could reach a higher state of being without drugs”. As the ongoing experiment that is Ecstasy culture continues, you can be sure Franks will be there nursing our collective comedown. 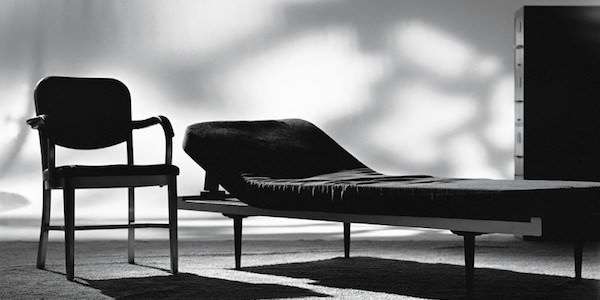