A Year in San Francisco

But right now, San Francisco is a city in transition. Ask any local what’s going on musically and they’ll talk for hours. They’ll wax lyrical about the wealth of labels, DJs and producers, the cutting-edge clubs and the fantastic drugs. But they’ll also bemoan the wider socio-economic changes. Silicon Valley’s internet industry is flooding the city with money – but at a price. Artistic types and minority groups are being priced out; roads are gridlocked with gas-guzzling SUVs; rich kids seem more interested in the labels on their bottled beer than on the DJ’s wax. San Francisco is at a cultural crossroads.

THE BEST THING about living in San Francisco is you’re 6,000 miles away from the UK dance scene. No Pete Tong, no Gatecrasher and no bloody boshing Euro house. Just proper late-night body music which turns your head inside-out and makes your knees go all wobbly.

A new wave of producers, DJs and clubs are repositioning San Francisco as America’s most invigorating centre for dance music. Drum & bass is raging here (labels like Green and True Intent; DJ/producers such as Abstract, Sage, UFO!, Phunkatek, Howard Hughes and Jason Mouse), with players putting an idiosyncratic West Coast spin on the sound. Techno-wise, things have never been healthier, centred around the experimental output of artists such as Kit Clayton, Sutekh, Twerk, Chris Jackson, ebe, Kid606 and Jonah Sharp. And there’s an ever-burgeoning eclectic scene courtesy of imprints like Ubiquity, Reflective, Om and Sunburn; even two-step garage is making inroads with DJs Felix The Dog and Mikebee importing the London sound. And of course, SF’s most famous export – twisted, dubby headfuck house – is as strong as ever, building on the formidable roots laid down by Garth & Jeno and the Hardkiss brothers. Record stores are packed with local releases from Panhandle, Red Melon and Naked Music.

The best clubs are small and vibey, full of colourful, smiley-faced freaks who like to dance hard. Take Qoöl, for instance. It happens every Wednesday at a small downtown art gallery and runs from 5pm till 10pm. A girl wanders round with a tray of jelly babies, a bloke dances on the stage like he’s being electrocuted and the DJ spins crunching funky trance. People whoop and holler in all the right places and sometimes the wrong places too. It’s all good.

It’s a similar vibe at La Belle Epoque, a weekly drum & bass session held in a pokey club (The Top) on the Lower Haight. DJs like Mikebee and Sea play musical breakbeat science to a crowd that dances like it’s the last night on Earth. The venue is run by a British ex-pat, which probably explains the ridiculously oversized liquor measures and the ensuing acts of debauchery.

Then there’s the outdoor Sunset parties, a Bay Area institution since the early ’90s. In rolling green hills, next to a glistening lake, are a couple of speaker stacks booming out the deepest house. The DJ spins to a motley crew of spangled ravers, techno-hippies, Deadheads, glammy house queens and jittery junglists. There’s a real cosy community vibe – even if some are clearly motoring on something more powerful than fresh air. The sun sets on one side of the lake, the moon rises on the other. Nice.

Let’s not forget the bigger clubs too – such as 1015 Fulsom and 550 Barneveld – where UK jocks like Carl Cox and Seb Fontaine regularly guest. And the huge raves (aka “massives”) which cater for a younger, dummy-sucking, glowstick-waving crowd, sweating it out to hard trance, happy hardcore and jump-up jungle. San Franciscans are, it seems, spoilt for choice.

BUT SOME SEE this way of life as under threat from the influx of dotcom money. Detractors claim the highly-paid web workers are “vibe-sucking yuppies”, forcing “real” San Franciscans out of the city.

“The dotcom money has skewered the local economy,” says Cathy Ellis, SF native and owner of drum & bass imprint Green Label. “It has been awful to witness community arts organisations get forced out by high rents. And it’s very damaging to the neighbourhood’s spirit.”

Others are more pragmatic. “Technology and the dance music scene are very closely linked,” says Monty Luke, DJ and journalist. “Many of the early pioneers of Silicon Valley, the ones who stayed up all night hacking code… helped build the foundation of [house music] in San Francisco. It’s not like a bunch of poncey gits opening up useless dotcom start-ups in Croydon. It’s a way of life here.”

Breaktrance DJ BioJeff says it’s a Catch-22 situation. Loft-dwelling yuppies have made complaints about noise and drug use, resulting in some club closures, yet a large number of clubbers work in the tech industry. “Besides,” he says, “you don’t need to be a dotcommer to be a vibe sucker.”

The current slowdown in the internet economy has also, says DJ Joe Rice, resulted in an unexpected bonus – space being freed up for illegal warehouse raves. “Now that half those companies are shutting doors, we’re left with prime real estate for undergrounds.” Recent weeks have witnessed illegal parties in the docklands of nearby Oakland. The larger clubs may have been adversely affected by the police crackdown but it’s helped lay the framework for a vibrant underground scene, fuelled by individuals, small groups and niche labels.

Thus those who have been the city’s lifeblood for decades – musicians, artists, students, writers, people on welfare – aren’t going to give up without a fight. They’re unlikely to let San Francisco become, in the words of Richard Walker, chair of Geography at UC Berkeley, “just another American city, a corporate city”. After all, it’s a fate San Francisco has resisted for generations. Ten years from now, the city will surely remain an epicentre for dance music.

“Epicentre indeed,” laughs Ellis. “We’ll have fallen into the Pacific Ocean by then! Our underwater parties will be legendary.”

The End-Up
Apt name for the club that’s open at all hours and home to a collection of club casualties and 48-hour-party-people. Messy.

Stompy
Tasho and Jonene from Panhandle Records drop “deep house with an oomph” to a throng of raging club freaks.

“Artistically, SF is not a mainstream city like NYC or LA. Everyone is developing skills at their own pace.  There’s a lot to look forward to. The best is yet to come.”
Gavin Hardkiss, DJ/Producer

“Perhaps the biggest cultural revolution (the web/internet/technology  etc) in our lifetime is happening right down the road. Is it any wonder we love technology and use it to make music?”
Cathy Ellis, The Green Label

“Ten years’ time will still find us heralding SF as the epicentre of something musically creative. [And] it’s entirely possible that SF-based artists will have helped elevate the notion of dance music into something we’re not able to predict or define just yet.”
Tamara Palmer, URB magazine

“The future is never what it used to be.”
DJ Garth, Grayhound Recordings 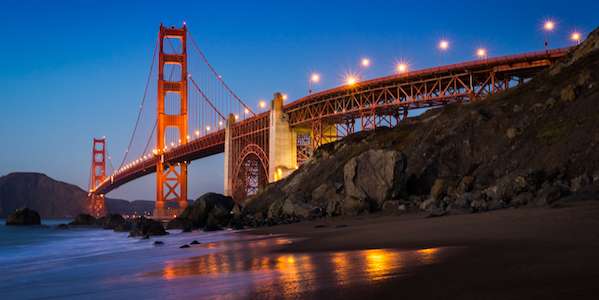